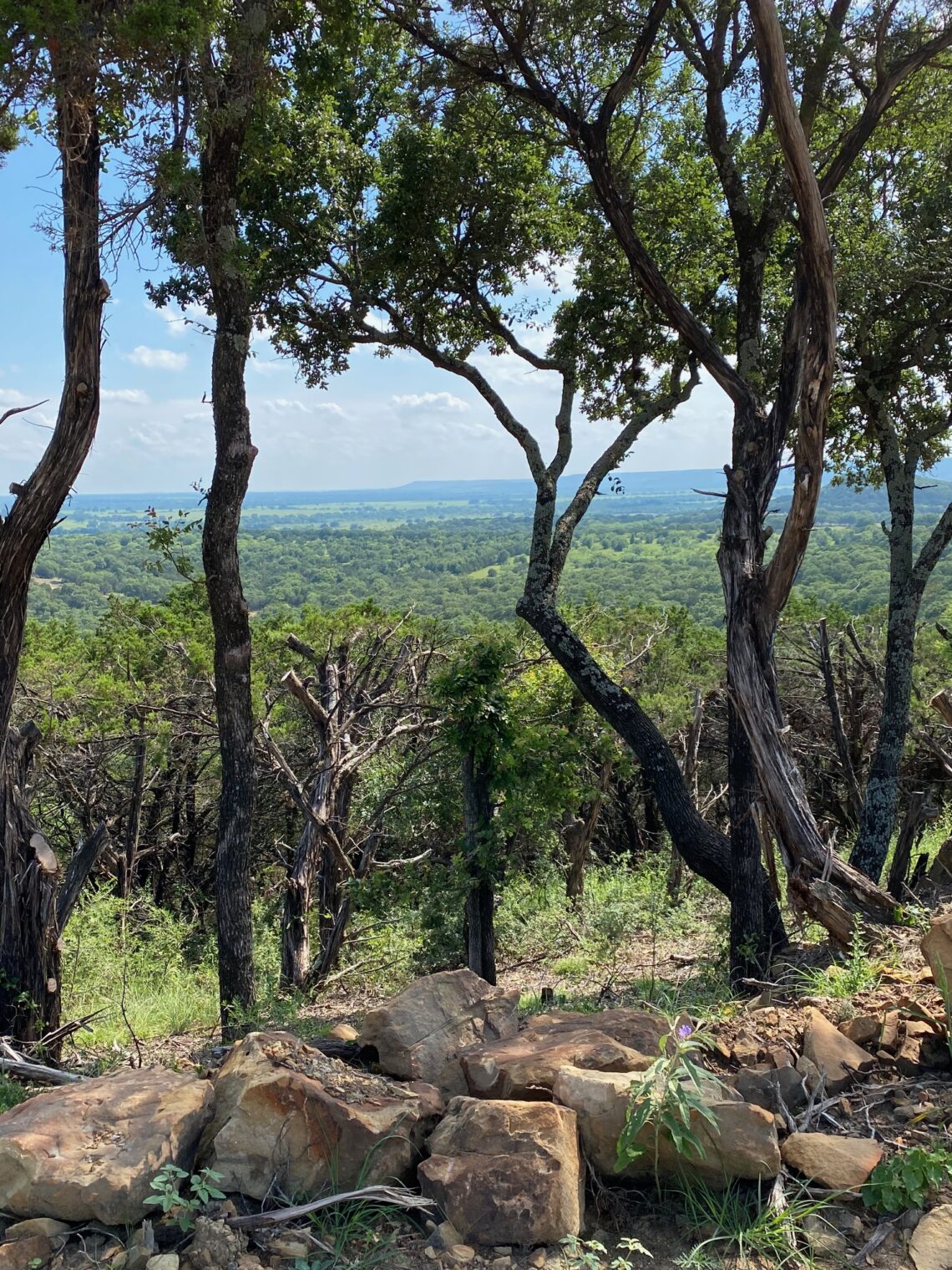 There are many times in life when circumstances nearly take your breath away. I have put off writing about this in detail because it still seems almost surreal. It has taken me months to begin to understand it.

On March 13, 2021, Brad and I met just west of Mineral Wells, Texas. It was misting and overcast, not exactly a “Chamber of Commerce” morning. We were going to look at property with the hopes there may be a parcel we would be able to purchase. Lots started at 5 acres and went up.

Neither of us had ever been to a sale like this. The plat was not released in advance, and there were scheduled groups in 2-hour segments throughout the day. We requested an early slot, and thankfully, were granted.

It was the craziest thing ever! There were north of 70 sales people, each with a 2-way radio, and assigned to a group of people. Ours was David. He reviewed the plat with us and looked at his phone, “They will let us go up the mountain at 8:50. You will need to make a decision right away on which lot you want, because at 9:20 the sale will start.” He chucked. “You folks ever done this before? No? Wait until you see it – it will be about 5 minutes of complete chaos.” He pointed to his radio. “If you are the first to get through to the owner on this, you get the property. It’s that simple.”

Somehow now, all the people became “the other team”. We decided our first choice was #218, and second choice was #224. My prayers became more earnest.

There was a slight crackle, and a voice came over the radio, “The mountain is now open!”

Instantly off-road vehicles and 4-wheelers began jockeying for position as people drove up the newly created road cut through the mass of cedars toward the top of the mountain. The misty air was thick with the scent of the trees. Even in the rain the scenery was beautiful.

First stop was #218. As soon as my boot hit the ground, I felt a longing bloom inside. This was it! This was the one! I walked forward, seeing the panorama spread before me…the pastureland below, surrounded by the meandering Brazos River. We also visited #224, which was still beautiful, but it did not grasp Brad or me as the other had.

Brad got on the phone with his wife, Teffny, filling her in. She was not able to come that morning, because it was their daughter’s birthday, and they had company.

David spoke up, “If you have made your choice, we can drive over to where the owner is parked. That’s where a lot of people will go.” Gripping his radio, he added, “It’s all about who gets a line through on this first.”

When we reached the lot where the owner was safely locked into his pick-up, I was surprised at how many people were congregated, swarming like piranha’s around the vehicle. Each sales person was alert and tense. Potential buyers talked softly among themselves. You could feel the anticipation crackling like static electricity in the air.

A second announcement came on the radio, “The sale has officially BEGUN!”

Sitting alone, watching the absolute mayhem was mind boggling. If there had not been so much on the line, I would have been delighted at the whole thing. Every sales person was shouting into their radio, trying to get the parcel for their client. It reminded me of those scenes in a movie when the stock traders are going wild.

David looked at Brad and shook his head. “218 is gone. Do you want to go look at something else?”

David turned and began barking into his radio once more. A minute later, he shook his head again. “I’m sorry,” he said. “224 is sold.”

Many of the crowd melted away, quickly going to search out other parcels. The area was remarkably quiet, considering the upheaval of only moments before.

I felt strangely peaceful – disappointed, yes, but not cast down. I said aloud in the truck, “Well, God…I thought this is what you wanted. I guess not.”

No sooner were the words out of my mouth, when a sales person in a yellow slicker pointed at David. “You still want #218?” she asked. “My people changed their minds.”

David nodded and called out #218 into his radio. He turned with a grin. “You got it!” he boomed.

I felt like I had run into the corner of a kitchen cabinet, I was so stunned. Brad looked over at me, with a “What is happening here?” expression on his face.

The only possible answer was: we had just been given a MIRACLE.

Later, our original point of contact for the developer told us that “almost everyone” wanted #218.

I have named it “Haven”. It is a gift from God…a miracle that we could not in our wildest imaginations scripted. Yes, it was – and is – a miracle.

Oh yes we still want it!  My prayer to God acknowledging I had “missed it” on this one, was a big part of my journey. I think He heard it with wink and a grin and said, “Let me show you something…”

“‘For I know the plans I have for you,’ says the LORD. ‘They are plans for good and not for disaster, to give you a future and a hope.'” Jeremiah 29:11 NLT 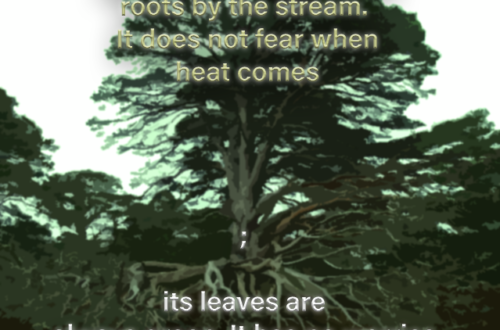 Roots in the Ground 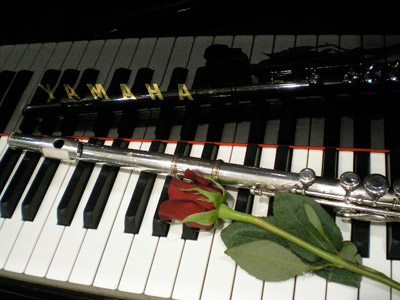 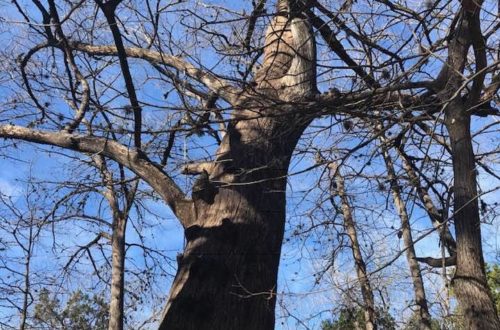